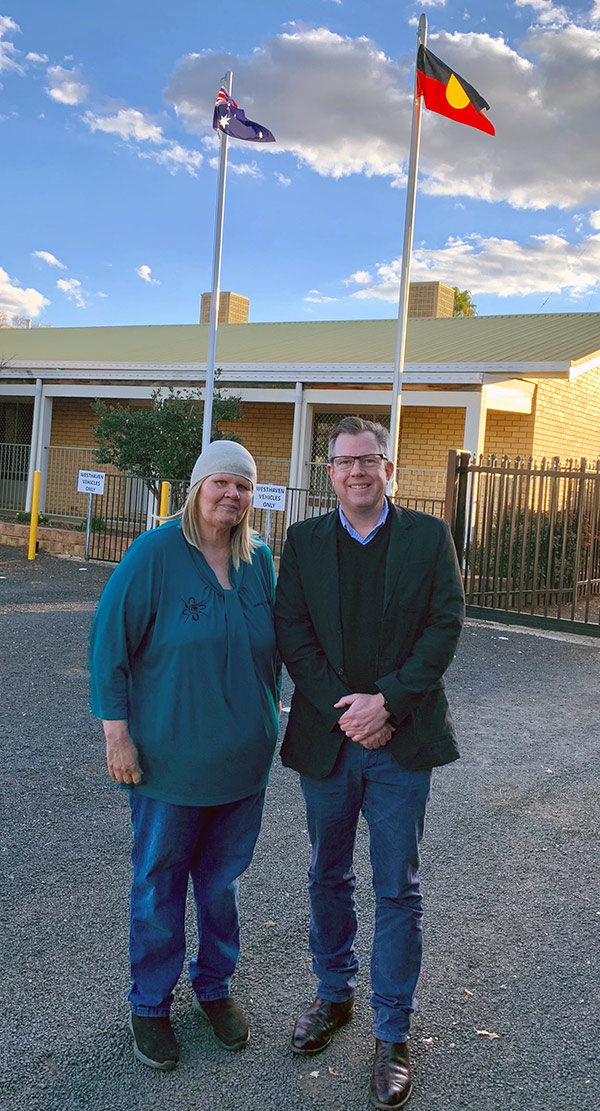 The Aboriginal flag is now flying alongside the Australian flag at Westhaven’s Wheelers Lane site for the first time since it opened 39 years ago.

Westhaven staff, people with a disability who the organisation supports and their families gathered to celebrate the change at the flag-raising ceremony on Thursday.

“When I was speaking to one of the mums of an Aboriginal person with a disability in our community she was saying that it’s a really huge milestone,” Westhaven’s Aboriginal engagement officer Kerryanne Stanley said.

“We service Aboriginal clients, we work on Aboriginal land, we have Aboriginal staff and obviously we need to be inclusive.”

Ms Stanley said for Aboriginal people like her, Westhaven’s decisions to fly the Aboriginal flag alongside the Australian flag represented a commitment to provide a safe and respectful space where people of all cultures were welcome.

Westhaven’s Chief Executive Officer, Andrew Everett said half of all children and young people the organisation supported and 20 percent of its staff identified as Aboriginal or Torres Strait Islander.

“They didn’t come to me and seek permission, they didn’t seek approval for the flagpole,” he said.  ‘They just got on and did it and I think it’s a wonderful thing for Westhaven to celebrate and work with the local Aboriginal community.”